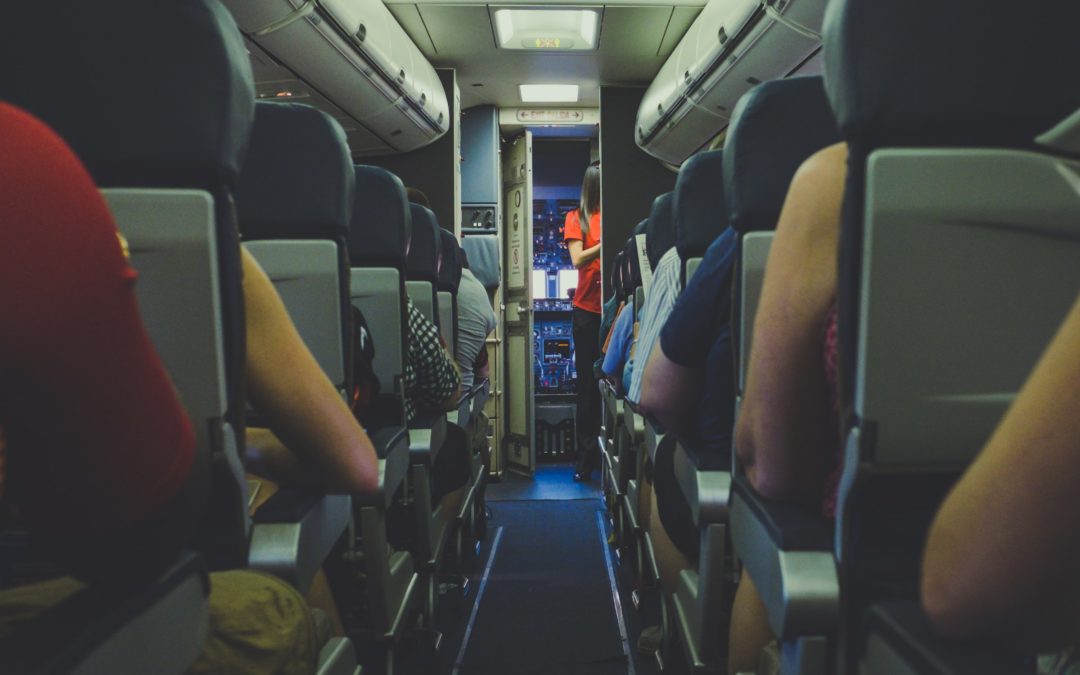 Should a person save for college and then retirement or save for retirement and then college? How should we prioritize our dollars? Is there a right answer?

I thought about this again last week as I was flying to Baton Rouge. The flight attendant stood up and went through the emergency procedures including how to use our seat as a floatation device, which is rather disturbing when the flight from Atlanta to Baton Rouge passes over very few navigable bodies of water (and no oceans to speak of), but I digress.

I don’t typically even listen to the flight attendant because I’m familiar with this speech. But that’s because I almost always fly Southwest, and their entire fleet of planes are the same (some variation of the 737) and their emergency procedures are the same. After flying Southwest enough…even their jokes during this speech become familiar.

But Southwest does not fly to Baton Rouge. It was not a 737 with which I have become familiar. It was a plane about the size of my car. It feels odd to not be able to stand up on a plane. Admittedly, I am taller than average, but it should not be possible for me to touch both windows on either side of the aisle.

So I listened to the flight attendant this time. I thought perhaps the matchbox plane in which I was seated had a different procedure…like parachutes or bungee cords.

So I listened. And I heard the same speech (without the humor) on the little plane that we always hear on the big planes.

If the plane loses cabin pressure, oxygen masks will drop from the overhead compartment. If you’re traveling with young children you should put your own mask on first and then take care of the young child next to you.

That’s obvious, right? Or maybe it’s not obvious. Maybe the parental compulsion to take care of little Johnny or Susie first is so strong that countless parents have mishandled this one. There must be a reason they feel the need to remind us every time we fly to take care of ourselves first. Is this same speech given thousands of times a day for that one person who has never flown before?

I assume we’ve all heard it, but in the stress of an actual emergency some well-intentioned parents continue to fumble this one or they wouldn’t keep repeating it. If the cabin loses pressure, you’re toast and you’re not there to take care of Junior.

Think of it this way: if you build up a sizable retirement account and you don’t have any money for College, and you don’t qualify for scholarships or financial aid for college, you could, if necessary, (and this is not an endorsement or advice to do so, simply an illustration) but you could, if necessary, borrow from your retirement account to pay for college. But you can’t borrow from your college fund to pay for retirement. You have to take care of yourself first, as selfish as it may feel, as much as it might fly in the face of societal pressure to sacrifice for our kids.

I have met intelligent, well-meaning adults, who are standing at the precipice of retirement, with hardly anything saved for retirement. When I asked them why they didn’t plan better, their response, far too often, is “We had to put three kids through college.”

It’s discouraging to me, because at this point it’s hard to tell them that they made a mistake in doing this. After all, they can’t jump in a time machine and go back and redo that. But while Johnny and Susie might be headed off to college, mom and dad are going to have to work a lot longer and make some very difficult financial decisions and cuts in the budget, because they paid for college rather than funding retirement.

How did I pay for college? I received some scholarships, I qualified for some financial aid, I picked up a part-time job. Heck, my dad even worked a second job to help me pay for expenses. I’m incredibly humbled and blessed by the sacrifice that he made on my behalf, but I’m especially grateful that the sacrifice he made was not to stop funding his own retirement. If he had done that, he would not have been able to retire himself.

A person says they helped Junior get through college first because they cared so much about Junior. I’m saying I don’t want to have to move in with Junior after I retire because I failed to save enough. I care enough to not want to be a burden on him.

I was doing an employee meeting for a retirement plan one time and I asked employees how they expect to pay for retirement. Of course, we got the silly responses like “Win the lottery” and “Inherit a bunch of money.” Then we got a few serious answers like “The 401(k)”, or “Hopefully Social Security is still around.”

But one woman in the crowd said, “My retirement plan is to move in with my son.”

And of course, my very first thought was I wonder if your son knows that.

And my second thought was I bet your daughter-in-law doesn’t know that.

By the way she thought she was being funny, but it’s not funny. It’s actually sad. I’m sad for her, because I think she was kind of serious.

Don’t get me wrong. I’m super glad that she shared that because her comment that day, while terribly sad for her, was a wake-up call for others in the room. She was laughing at her (not so funny) joke, but I was watching the looks of her colleagues who were thinking “I don’t want that to be my reality … I don’t want to be a burden on my kids.”

I mean, what if we do lose pressure in the cabin? If you don’t take care of yourself first before applying the mask to the child next to you, then you might both be lost.

Sadly the person who had not even started to save for retirement yet because they had to put three kids through college thought that they were near retirement based upon their age. And I had to tell them, or remind them, that retirement is not an age or a number – it’s a percentage. When you can replace 70% or more of your income and when you can live on 70% or less of your income, you’re ready to retire. Unfortunately, far too many Americans are not able to live on 70% or less in retirement because they’re living beyond their means now.

And unfortunately, far too many Americans are not able to replace 70% or more of their income, because they helped Johnny and Susie go to college before funding their own retirement plan.

Debt is the cancer that will destroy your financial health; the termites that will eventually destroy the financial house you’ve tried to put in order. I sincerely hope you can keep that illness in remission.

But once free of that bondage, once you have resources to save, save them for your future first (fully fund your retirement plan) and then save them in your college savings plan.

To do it any differently could be a formula for disaster. PlanSponsor Magazine referenced a survey of Americans where 39% said they’d be willing to defer retirement to help their kids pay for college, but in that same article they said that 50% of Americans retire earlier than they had planned, oftentimes not by choice. Using resources now to pay for your kid’s college may sound wonderfully sacrificial (“I’ll just work a few more years”) but there can be obstacles to that plan (your health may not allow you to work longer and/or your employer may not allow you to work longer).

Please heed the flight attendant’s warning to take care of yourself first. After all, little Johnny has access to scholarships and grants and financial aid and…dare I say it? Little Johnny could get a job.