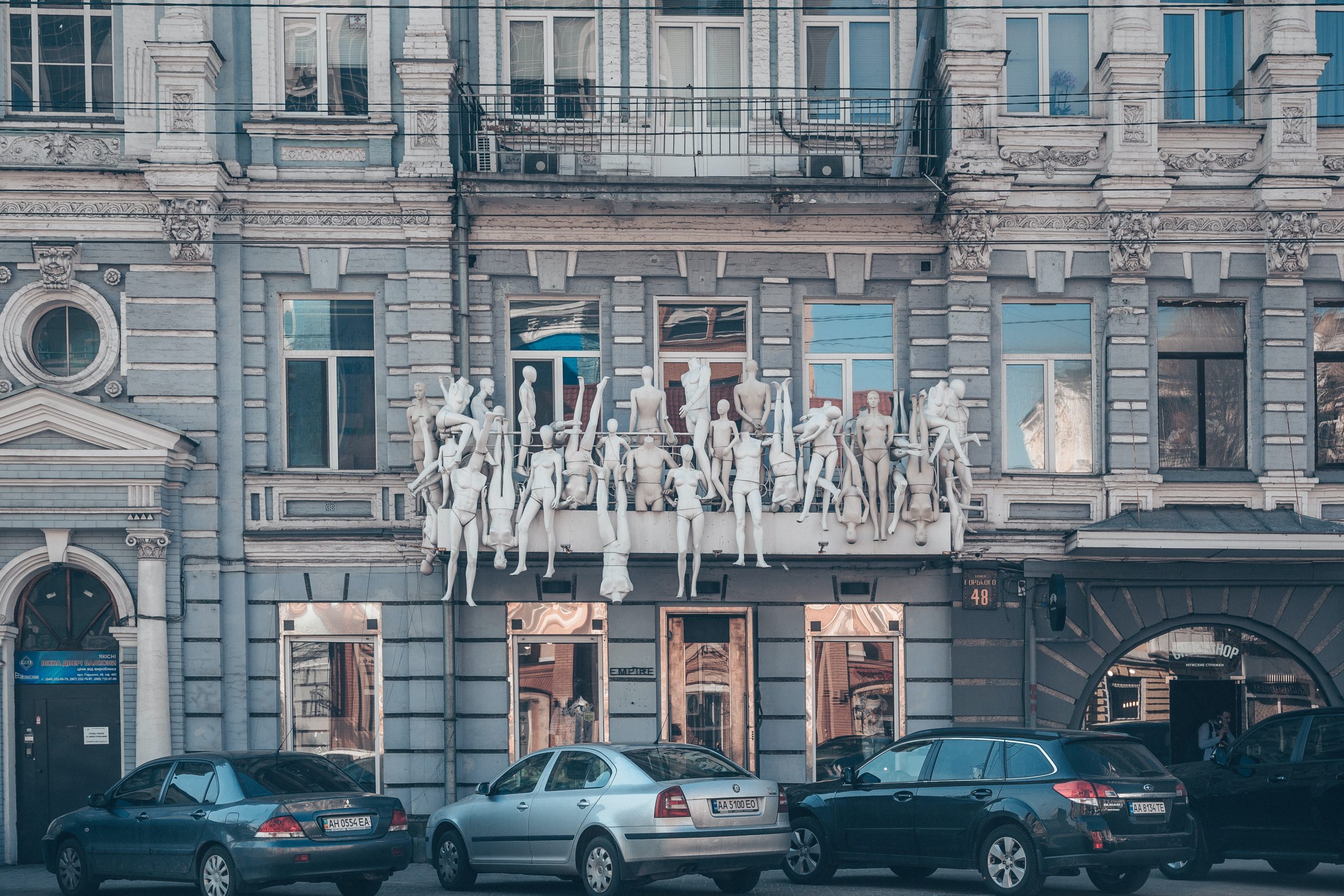 There are at least (4) Reasons some employees may NOT participate in a retirement plan… but do they hold water?

In 1991, they published a book called “DOS For Dummies.” It was a how-to book that explained a topic in the most simplistic of terms. It sold.

And other titles sold, including one called “401(k)s For Dummies.”

It’s easy for some to say that only a dummy would pass on a chance to participate in their company 401k. But is it really that simple? Are there any legitimate reasons for not participating?

You be the judge. Here, in no particular order, are the 4 most common reasons I hear for not participating.

Sometimes people are intimidated by things they don’t understand. Nobody wants to look dumb, and unfortunately the lack of expertise keeps some from participating at all. Have you ever been in a situation where you didn’t even feel like you knew enough to ask the right questions? Tons of employees feel that way in their company-sponsored retirement plan (401k or 403b plan).

And the retirement plan industry hasn’t helped. Some service providers send recent college grads out to the employers to do the retirement education. These neophytes are anxious to share EVERYTHING they learned in their finance classes, most of which is not helpful.

It’s like drinking from a firehose as the newbies are anxious to impress their audience.

Most of it – nearly all of it – is completely unnecessary.

Most plans have a default, such as a target date portfolio. This option will provide the broadest diversification and should do so based upon how close you are to retirement. If your plan has a default option, use it, UNLESS that default is an expensive Managed Accounts Program that charges extra for the default. The default, if set up correctly, should be the least expensive option in the entire plan. It’s the best choice, and it doesn’t require any investment knowledge.

Quick Note: related to this first obstacle is the language barrier when trying to communicate retirement education where English is their second (or third) language. This obstacle is real, but not insurmountable. Obviously, the materials and presentation can be offered in their language and with a translator, but the best success we have had is when that translator is one of their own colleagues. Finding an advocate for the retirement plan in that location and empowering him or her to speak to their co-workers is very effective.

This is an excuse I hear most often from young employees and/or those in entry-level positions.

“I’m not sure how long I’m going to even be here at this company, so it’s probably not worth participating in this plan.”

The problem with this excuse is that the future is often unknown…but uncertainty about the future can’t be a deterrent from participating in the present.

This is especially true for your 401k plan, because of the “portability” of the plan.

The average person today has multiple jobs. But regardless of how many jobs they work or how many retirement plans they have available to them, they should ALWAYS participate in the plan in front of them at that time, as soon as they are eligible to participate.

Here’s the simple formula to building wealth. If it were a formula in the “401k for Dummies” book it might be A+B+C=$$$

A.) With your very first job, start saving in the company retirement plan. Save as much as you’re able, regardless of whether or not they match. Saving in a group retirement plan is the best place to build wealth.

B.) If you leave that job to go to another job, start participating in their plan, and roll your money over from your first plan.

If you wait until you land at the company that you think you might build your career at, you might have waited too long to start saving. Or if you cash out your plan each time you leave a place and start over with the next company’s 401k, you’ll never build the account you need to replace your income in retirement.

Quick Note: When you leave an employer, you’ll have (4) options of what to do with your old 401k plan: cashing it out, which is an awful idea, or rolling it into an IRA, which is nearly as bad. The IRA will almost certainly have higher fees because those are retail share class funds rather than institutional share class funds. The other two options are to leave your money in the old 401k or to roll it forward to your new 401k. Rolling it forward is generally the best option, but if your new company doesn’t offer a plan, leave the money in the old plan. Having the money in a 401k (your old one or your new one) is better than having it in an IRA, and all three options are better than paying taxes and penalties to cash it out.

Fear is a huge obstacle for investors. Unfortunately, the fear can paralyze us at times.

Perhaps it’s the fear of being taken advantage of, because someone with a big platform (Suze Orman) or a late night talk show (John Oliver) has scared you about the fees in 401k plans. Admittedly, some plans still have fees that are too high. But 401k plans, on average, have less cost than the average IRA plan that is using expensive retail share class funds.

There is always risk to long-term retirement planning. But think of it this way: What’s the riskiest thing an employee could do about their company retirement plan?

The next riskiest thing is to participate with an overconcentration in just a few stocks. Putting all of your eggs in one basket is a bad move.

Believe it or not, it’s also risky to participate with an overconcentration in just cash, avoiding the stock market completely and settling for an extremely small return that doesn’t keep pace with the rate of inflation.

The best way to address the fear is to participate in a broadly diversified portfolio, giving you the best rate of return and the least amount of risk, which is hopefully what that default target date option provides.

Fear should not be a reason to not participate.

Which brings me to the last (and perhaps the only valid) reason to NOT participate in the 401k plan.

Some employees say that they don’t participate because they can’t afford to save. They’re broke. I’m a huge advocate for saving in a 401k plan, and I wish that EVERYONE would save…but this excuse can be a valid excuse for some people.

It can be…though too often it is overused and misunderstood.

For instance, when an employer finally sets the default enrollment at something other than 0% (also called auto-enrollment) they often find that those previously not participating weren’t broke…they were just lazy. The same lack of initiative that kept some from participating now kept those same employees who were automatically enrolled from opting out. how else do we explain a company that implements automatic enrollment and sees participation double overnight? They have increased participation because the company “nudged” them to do something that they needed to do, and could always afford to do, but just never got around to doing on their own. Remember my previous post about the Vermont-based janitor who quietly amassed an $8 million fortune, simply saving a small amount of his meager paycheck over the years? You don’t have to earn a massive paycheck to become a millionaire; you just have to make a choice and not an excuse.

But what about when it’s a valid excuse? What about those who are truly broke?

If you can’t cover an emergency of $1,000 or less, you want to wait on saving for the future. Put some money aside in an emergency fund…then start saving.

Or if you’re getting killed with debt, you want to wait on saving for the future. You should retire debt free. Start a program to eliminate that debt…and then start saving.

Most of us could afford to save more than we realize, and it wouldn’t even take tightening the belt that much to make the numbers work. But the good news is that you get to choose when to tighten the belt: cut back a bit now and save for the future, or continue living beyond your means now and you’ll get to tighten the belt in retirement. It’s your choice.

Bottom line: Very few retirement plans have 100% participation and the non-participants have a lot of excuses for not taking advantage of the 401k. It’s unfair to just call the non-participants “dummies” … though many of the excuses offered for NOT participating are questionable. Even the excuse of not being able to afford to save falls apart when employers nudge their employees with automatic enrollment, and many of them stay in the plan.

For those who truly can’t afford to save right now, I hope they can get their financial house in order and have a mindset to not save now but to save later (rather than never).

The results of “nudging” tells us that many of our excuses don’t hold water. Perhaps many who don’t participate don’t do so because they don’t understand the benefits. Don’t become another chapter in the “401k for Dummies” book, hanging out here doing nothing while the opportunity to build wealth is passing you by.