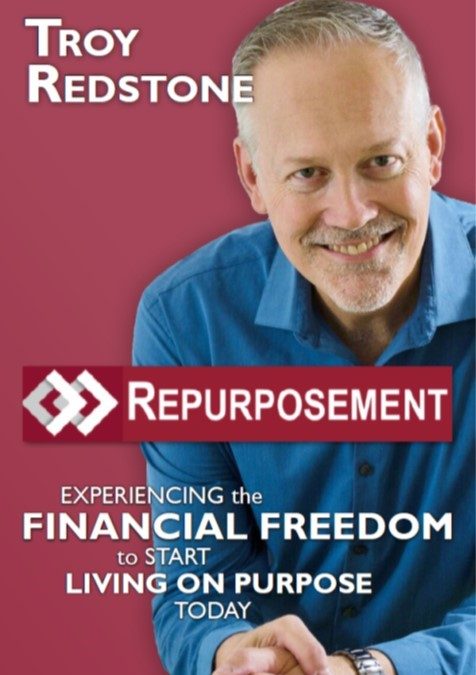 (An excerpt from the book Repurposement)

On average, Americans work about 40 years during their careers. (Ages 25-65)

There are, of course, always exceptions.

And on average, back when they thought age 65 would be a good time to “clock out” Americans weren’t living much longer.

But today, thanks to advances in medical research, we’re living longer and longer. It’s not uncommon for many Americans to live to 95…and soon that might be 105.

Working 40 years and not working 30 or 40 years. That complicates things a bit.

We have to wrap our minds around the fact that retirement is not an age (65) or a number ($1 Million) … it’s a percentage. It’s when we can replace 70% or more of our income and live on 70% or less of our income. Some of us will be able to do that at age 55 or age 60…and some of us may work until age 75 before we can afford to replace enough of our current income.

Vacations are great, and they are often worth the time and the money. Sometimes they are even worth the busyness in the office beforehand that is required to get away and the busy week in the office upon our return to catch up. It is worth that week, but no vacation is worth 40 years of your life.

The word “retire” comes from an old French word “retirer” with re- and tirer (to draw) basically meaning “to withdraw” or “to retreat.” Originally the context was military as in “to withdraw from one’s position” or “to recede.” Somehow it also became appropriate to describe someone who was “going to bed” and then eventually someone who would no longer work for a living.

That had better be an incredible sleep to be worthy of 30-40 years of your life!

A “Retirement Party” is what we give to someone that we are “putting out to pasture” … someone for whom we no longer have any PURPOSE. Some companies MAKE people retire, due to advancing age, replacing them with someone who has half as much experience, and costs half as much to employee.

A “Repurposement Party” is launching someone into the richest, most productive and most meaningful years of their life.

We need to change this paradigm, flip it upside down, and retire the word retire. It feels dangerously akin to “putting someone to sleep.” You may retire to bed, but you do not want to retire to decades of purposeless activity.